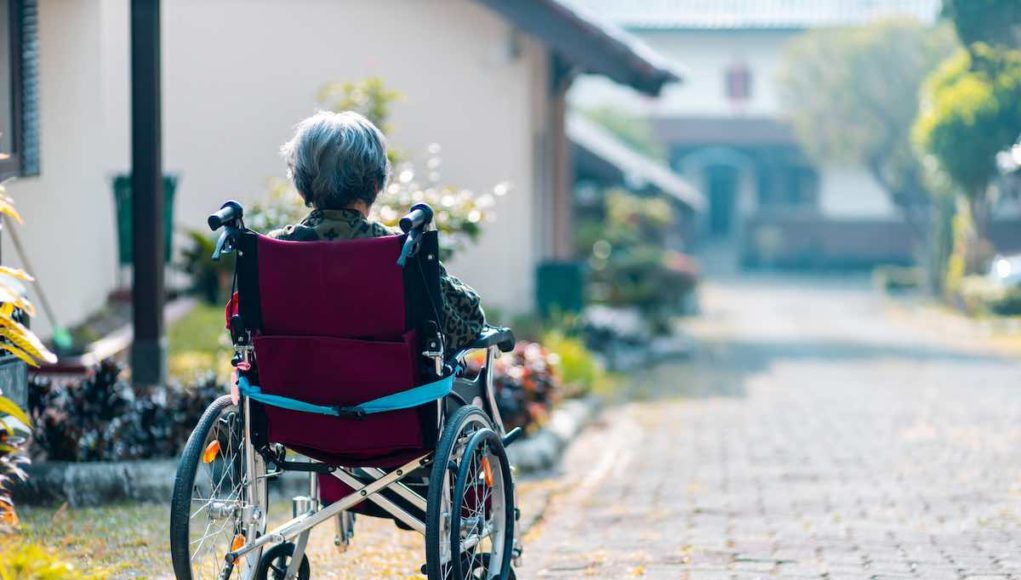 Touring the dining room of a skilled nursing facility during mealtime, it is common to see a large number of residents with dementia eating pureed foods and drinking thickened liquids. This may the result of identified swallowing difficulties, as dysphagia is a common issue in this population. Swallowing issues reported for individuals with dementia include prolonged oral transit times for swallows of solid items, a delay in the pharyngeal phase for liquids (Priefer & Robbins, 1997), reduced hyoid excursion, and reduced laryngeal elevation (Humbert et al., 2010). Individuals with dementia also demonstrate difficulties with mastication and bolus formation. Aspiration, including silent aspiration  are also common (Suh, Kim, & Na, 2009).

Groher and McKaig (1995) examined diet levels of residents in two skilled nursing facilities. They reported 28% (212 of 740) of residents received altered diets. Approximately 53% (112 of those 212) of those residents had a diagnosis of dementia. 58% (65 of 112) of the residents with dementia received a pureed diet, and another 18% (approximately 21 of 112) received tube feedings. More recently, two studies found 8% to 67% of individuals in residential care facilities receive modified diets and/or liquids, with one study reporting 43% of individuals with dementia on modified diets (Painter, Le Couteur, & Waite, 2017). This data would indicate diet alterations are a common practice when dealing with patients diagnosed with dementia.

There are approximately 15,600 nursing homes in the United States (Center for Disease Control and Prevention, 2020) and more than half of individuals residing in nursing facilities have dementia (Hoffmann, Kaduszkiewicz, Glaeske, Bussche, & Koller, 2014). The thought of this number is staggering. Approximately 45% of individuals with dementia, living in nursing facilities, also have dysphagia (Easterling & Robbins, 2008). These numbers along with Groher and McKaig’s (1995) data suggest that many residents in skilled nursing facilities with dementia and dysphagia receive altered diets, even though there is no evidence that this intervention improves outcomes.

The length of time residents in the Groher and McKaig’s (1995) study had received altered diets was from 2 months to 12.6 years with an average of 3.4 years. The time since a swallow evaluation was an average of 3.9 years. This indicates many patients with dementia are placed on an altered diet and never re-evaluated or given an opportunity to improve.

Given there is not an established method for prescribing diets, there is high variability in how such decisions are made. One powerful finding of the Groher and McKaig (1995) study was that 91% (192 of 212) of participants were able to consume a diet with greater texture and/or less viscous liquids without respiratory compromise while maintaining a positive nutrition and hydration status. If this information is generalized, consider that most diet recommendations are overly restrictive. Although the authors did not provide information specific to the individuals with dementia, the total number of residents on a puree diet decreased from 50% to 25%, after evaluation.

Assessing the effects of compensatory strategies requires imaging. Without imaging the actual effect of any intervention is unknown. In one study, 49% of individuals with dementia, who demonstrated aspiration with thin liquids, also aspirated while using the chin-tuck strategy, nectar-thickened liquids, and/or honey-thickened liquids (Logemann et al., 2008). In another study, approximately 11% (20 of 180) of participants coughed with thin liquid swallows, then silently aspirated with thickened liquid swallows (Miles, McFarlane, Scott, & Hunting, 2018). These examples illustrate the importance of instrumental swallow evaluations to assess the effectiveness of compensatory strategies. During a CSE, if the patient coughed with thin liquids and did not cough with thickened liquids, the conclusion might be that thickened liquids were helpful in reducing aspiration. Miles et al. (2018) demonstrates that this may not be the case. However, there is anecdotal evidence that decisions, based on clinical assessments alone, are made for individuals with dementia on a regular basis.

Treatment Strategies for Individuals with Dysphagia and Dementia

Much of the literature related to intervention for swallowing disorders for individuals with dementia focuses on increasing cues, changing the environment, caregiver training, and/or diet modifications (Brush & Calkins, 2008; Groher & Crary, 2016). The most common intervention strategies for individuals with dementia and dysphagia have little evidence and include changes in diet, changes in posture, enteral feeding, medications, nutritional supplements, and eating assistance (Abdelhamid et al., 2016; Alagiakrishnan et al., 2013).

The use of rehabilitative strategies with individuals with dementia is not common in the literature. Ciro, Dao, Anderson, Robinson, Hamilton, and Hershey (2014) demonstrated improvements in the performance of daily living tasks by individuals with mild to moderate dementia through motor practice and task-specific training. Their studies offer support for motor learning by individuals with dementia. Malandraki, Johnson, and Robbins (2016) demonstrated improvement on some measures of swallowing function for adults with neurologic injury or disease by applying principles of neural plasticity. Although none of the participants had a diagnosis of dementia, combining principles of neural plasticity with rehabilitative strategies may improve swallowing function for individuals with dementia and dysphagia. Bice and Galek (2016) demonstrated improvements in swallowing for one patient with dementia following a treatment protocol, which incorporated principles of motor learning and neural plasticity: repetition of task, use of tasks that are important or salient, and intensity of treatment.

The effectiveness of compensatory strategies is questionable. Most compensatory strategies require a patient to recall and use the strategy. Changing food consistency, which is common in the literature, does not require memory. Diets can be downgraded without evaluating the actual swallow function. It may appear to be an easy or quick fix and appealing to caregivers. However, this intervention may lead to issue with malnutrition and dehydration  (Cichero, 2013; Lavizzo-Mourey, 1988; O’Keeffe, 2018; Vigano, 2011; Wright, Cotter, Hickson, & Frost, 2005)

Improving swallowing abilities, possibly increasing intake, and improving nutrition may reduce the risk of further complications or interventions, such as urinary tract infection and pressure sores. Improving swallow abilities may also improve quality of life. The ability to eat and drink a larger variety of foods and liquids may increase enjoyment and participation in meals and other social activities that involve food. Every person deserves this opportunity.

Bice, E., & Galek (2016). The Use of Neuroplastic Principles Affects the Swallow Motor Plan of a Patient in Severe Cognitive Decline: A Case Study. Perspectives of the ASHA Special Interest Groups: SIG 15, 1(part 2), 79-83.

Impact of a Tracheostomy on Pressure: Adult and Pediatric Considerations