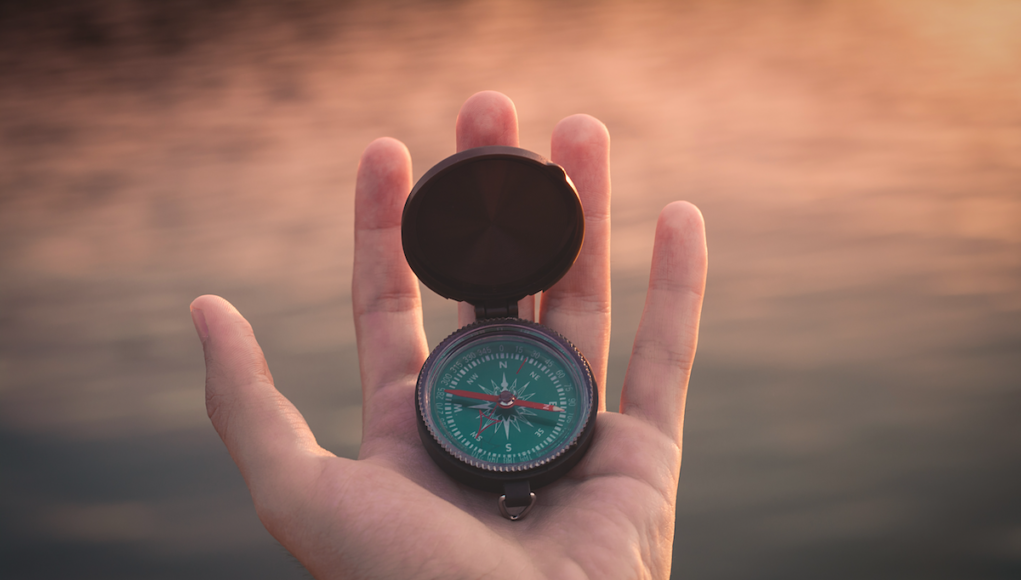 Recall from part one of this two-part series that using a standardized protocol for the administration of videofluoroscopic swallow studies (VFSS) has established benefits.  A standardized protocol allows for collection of baseline swallowing function for each individual tested and it allows for accurate comparison of a patient’s swallowing function between repeated VFSS (Martin-Harris, Canon, Bonilha, Murray, Davidson, & Lefton-Greif, 2020). Readers will also remember that there are many different VFSS protocols described in the literature and that collectively, these protocols provide guidance regarding factors such as consistencies to be administered, recommended number of trials, and order of texture administration (Newman, 2000; Hutcheson, Barrow, Barringer, Knott, Lin, Weber… & Lazarus, 2017; Martin-Harris, Humphries, & Garand, 2017; Martin-Harris, Carson, Pinto, & Lefton-Greif, 2020; McGrattan, McGhee, McKelvey, Clemmens, Hill, DeToma… & Martin-Harris, 2020).  The authors acknowledge that despite empirical evidence to support the use of standardized VFSS protocols, they are not widely applied in clinical practice for a variety of reasons.  As a result, this two-part series provides VFSS elements for clinicians to consider in relation to their own clinical practice.

In part-one, the authors provided information on selecting barium products and determining the types of liquids and foods to trial during the VFSS.  At the conclusion of part-one, the authors encouraged each reader to take stock of what was happening at their own facility.    In part-two, the authors provide information to help clinicians determine the number of trials to administer and how to achieve the best imaging mode during VFSS.  At the end of part-two, the authors hope there will be further conversation amongst SLP teams and radiology colleagues about these additional variables.

Number of Trials to Administer

Because the VFSS is a radiological procedure, it is a time-limited examination, and clinicians must be judicious about the number of bolus presentations they give. Within bolus variability has been noted across several studies (Frowen et al., 2008; Hedstrom et al., 2017; Lof & Robbins, 1990; Newman et al., 2001). The extent of variability differs based upon bolus size and appears to be greater for larger bolus sizes (Hedstrom et al., 2017). Additionally, Newman and colleagues (2001) and more recently McGrattan and colleagues (2020) demonstrated variability in swallowing performance as a function of time. Infants who did not penetrate or aspirate initially may do so after taking multiple boluses.  Both studies point to the importance of fatigue testing when performing VFSS for infants that are bottle drinking.

Often, protocols, such as the MBSImP include 1-2 presentations of different bolus sizes and viscosities (Frowen et al., 2008; Martin Harris et al., 2008). Others have suggested at least 3 presentations per bolus type (Lof & Robbins, 1990). Clinicians should be aware of normal variability across boluses and take this into consideration when making judgments regarding swallow safety and when recommending treatment.  Within institution specific VFSS protocols, clinicians are encouraged to evaluate the number of trials offered for each bolus and to standardize this practice to reduce between clinician variability and to improve the reliability of their VFSS procedure.

The VFSS requires the same precautions as other radiological examinations that use ionizing radiation.  In general, energy emitted from a source is referred to as radiation.  Ionizing radiation contains enough energy that is can remove electrons from the orbit of an atom, ionizing (charging) that atom.  Ionizing radiation is found in the forms of waves and particles.  X-rays have high frequency waves.  Energy from ionizing radiation that is absorbed by the body can cause harm over time.  In order to help prevent this from happening, it is necessary to measure and estimate how much energy is absorbed per unit mass of the part of the body that is being exposed to the radiation field (United Nations Scientific Committee on the Effects of Atomic Radiation, 1988; Mettler, 1985).

The international unit of measure for an absorbed dose is the gray (Gy).  Gray is defined at one (1) joule of energy deposited in 1 kilogram of mass.  The health effect of the radiation depends on the amount (measured in Gy) and the intensity of the ionization in the living cells that absorb it.  The sum of the amount and intensity of ionization in living cells is referred to as equivalent dose and it is measured in sieverts (Sv).  Equivalent dose is calculated for individual organs.  The effective dose measures ionizing radiation in terms of the potential for causing harm and is calculated for the whole body.  Effective dose is the addition of equivalent doses to all organs with adjustment to account for the sensitivity of the individual organ to radiation.  It is also measured in Sv.  The Sv is a large unit, therefor effective dose and equivalent dose are usually expressed in millisieverts (mSv) or microsieverts (μSv).  There are 1000 microsieverts (μSv) in one millisievert (mSv), and 10000 millisieverts (mSv) in one sievert (Sv) (United Nations Scientific Committee on the Effects of Atomic Radiation, 1988; Mettler, 1985).

People may be exposed to ionizing radiation from the environment (i.e., the sun) and from man-made sources (i.e., X-rays).  With the increased use of medical imaging exams, such as the VFSS, and image guided therapies there is increased exposure to ionizing radiation across the lifespan.  The American College of Radiology (ACR) has provided guidance to help reduce any unnecessary radiation exposure that individuals might receive from medical imaging procedures, such as the VFSS.  The ACR advises that no imaging exam should be performed unless there is clear medical benefit that outweighs any associated risk.  Further, the ACR advocates for the “as low as reasonably achievable” (ALARA) initiative.  ALARA urges providers to use the minimum level of radiation needed to achieve the optimum results.  ACR is also a participant in the Image GentlyTM campaign and the Image Wisely campaign to reduce radiation dosing in pediatric and adult imaging procedures.  For more information on the ALRA initiative please visit the Centers for Disease Control and Prevention website: https://www.cdc.gov/nceh/radiation/alara.html.  Further information on Image GentlyTM and Image Wisely can be found here: https://www.imagegently.org/ and https://www.imagewisely.org/(Hendee & Edwards, 1986; Goske, Applegate, Boylan, Butler, Callahan, Coley… & Tuggle, 2008; Brink & Amos, 2010).

ALARA offers three basic protective measures in radiation safety: 1) time, 2) distance, and 3) shielding.  By limiting time spent in contact with ionizing radiation, increasing the distance between a patient and the source of ionizing radiation, and shielding parts of the body that are not part of the imaging procedure, medical professionals can help reduce the dose of ionizing radiation that patients are exposed to during medical imaging procedures, like the VFSS.  Use of a standardized protocol for the VFSS procedure for patients across the lifespan has been shown to help reduce the time that the patient spends in the fluoroscopy suite during VFSS procedures, and thereby reduce the overall dose of ionizing radiation that the patient receives (Martin-Harris et al., 2020; Bonilha, Humphries, Blair, Hill, McGrattan, Carnes, … & Martin-Harris, 2013).

The mean effective dose for children during VFSS was most recently estimated to be 0.0826 +/- 0.0544 mSv based on the analysis of 90 consecutive MBSS using pulsed fluoroscopy performed at 15 pulses per second.  The effective dose was correlated with screening time, dose area product, and individual child and procedural variables (Weir, McMahon, Long, Bunch, Pandeya, Coakley, & Chang, 2007).    In adult populations, the mean effective dose during a VFSS procedure was documented at 1/23 + 0.64 mSv (Kim, Choi & Kim, 2013).  For both pediatric and adult populations, the radiation dose during the VFSS was well below the annual radiation exposure dose limit.  To further reduce radiation doses during fluoroscopy procedures the ACR recommends using pulsed fluoroscopy when possible.

Modern fluoroscopy systems have the ability to provide pulsed fluoroscopy.  Pulsed fluoroscopy emits the x-ray beam as a series of short pulses rather than a continuous beam and can significantly reduce ionizing radiation dose.  Images may be obtained at 15, 7.5, or 3 pulses per second with pulsed fluoroscopy instead of the usual 30 pulses per second that are obtained during continuous fluoroscopy (Mahesh, 2001).   Using pulsed fluoroscopy has the undesirable effect of reducing the number of unique images captured during the swallow sequence.  When pulse rate is reduced, the motion of the swallowed bolus appears less fluid and choppier as it moves through the upper aerodigestive tract (Gosa & Bolland, 2020).  Various studies have investigated the efficacy of reducing pulse rate during VFSS.  Recommendations range from 1) only using continuous fluoroscopy (30 pulses per second) to accurately identify airway compromise events and swallowing pathophysiology (Cohen, 2009; Bonilha, Humphries, Blair, Hill, McGrattan, Carnes, … & Martin-Harris, 2013) to 2) using pulsed fluoroscopy at 15 pulses per second to accurately identify airway compromise events (Mercado-Deane, Burton, Harlow, Glover, Deane, Guill & Hudson, 2001; Hiorns & Ryan, 2006; Gosa & Bolland, 2020).  For further information on this topic the reader is directed to the Steele Swallowing Lab’s resource page on Videofluoroscopy frame rate: https://steeleswallowinglab.ca/srrl/best-practice/videofluoroscopy-frame-rate/.   Clinicians are encouraged to evaluate their current practices to determine the fluoroscopic pulse rate in use at their facility and ensure it is adequate for the VFSS protocol they employ.

The VFSS is a commonly used radiological procedure to elucidate the anatomic and /or physiologic causes of swallowing impairment for those individuals suspected of having dysphagia.  The results of the VFSS are highly dependent upon the clinical application of this procedure.  This two part series summarized published research to provide guidelines for practicing clinicians on setting expectations for four of the variables that are known to influence VFSS results: 1) selection of barium materials, 2) determining liquid and food consistencies to evaluate along the edible texture continuum, 3) setting the number of trials to observe for each liquid and food texture administered, and 4) negotiating for the optimum imaging mode (continuous versus pulsed fluoroscopy) for the safe and effective administration of the VFSS.  The authors support the use of published, evidence-based VFSS protocols, such as the MBS-ImP (Martin-Harris, B., Brodsky, M. B., Michel, Y., Castell, D. O., Schleicher, M., Sandidge, J., … & Blair, J., 2008), but acknowledge the many challenges that clinicians face in implementing a standardized VFSS within their clinical practices.  The authors also support open dialogue that focuses on reducing the test-to-test variability within facilities that can occur when there is no agreed upon standard/protocol for VFSS.  This two-part series highlights four practical variables that should be considered when administering the VFSS outside of published, standardized protocols to help support clinicians in their efforts to provide the best possible care for patients with dysphagia across the lifespan.

Cohen, M. D. (2009). Can we use pulsed fluoroscopy to decrease the radiation dose during video fluoroscopic feeding studies in children?. Clinical radiology, 64(1), 70-73.