Dysphagia Cafe
Home Anatomy A little something to chew on: Considering the complexities of mastication 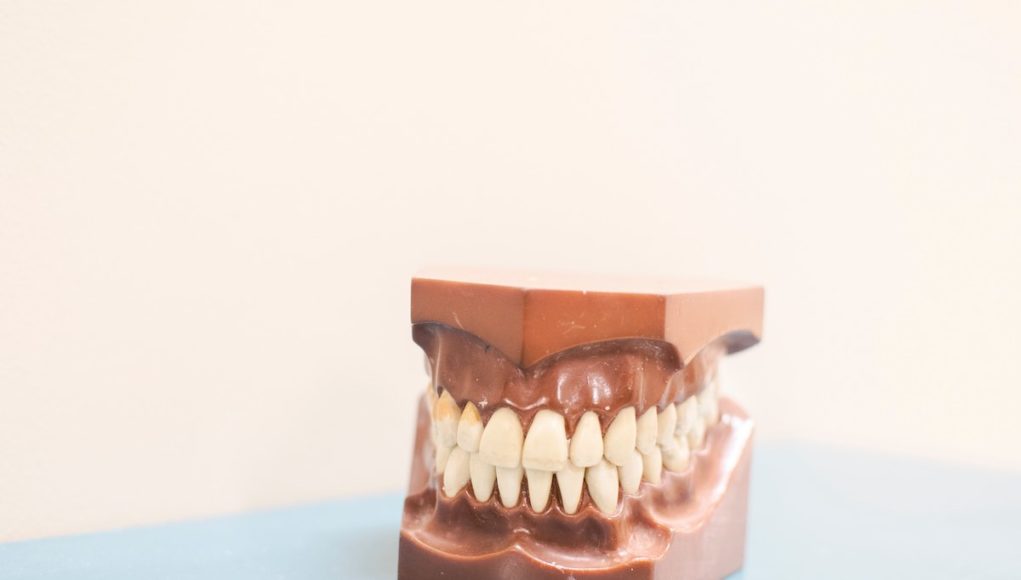 Clinicians often make comments concerning mastication in clinical and instrumental swallowing assessments. “Prolonged mastication,” “inefficient chewing,” “no rotary jaw movements,” and the like. The issue is there is very little information in dysphagia textbooks or the speech pathology literature related to this process. In addition, given that most clinicians take one course in swallowing and swallowing disorders, it is not possible to cover anatomy, physiology, assessment, and treatment in great detail. This leaves us in a quandary. We are left to figure out details on our own. This often leads to confusion and misunderstanding which, in turn, can be unintentionally detrimental to patient quality of life. With this in mind, we undertook a project to gain a greater understanding of the complex process of mastication. The first step in the journey took us outside of the typical dysphagia literature and into the dental arena. For us, this was fascinating yet uncharted territory.  Our hope is to lay a foundation that will whet the appetite for further investigation while improving our assessment skills, which in turn will benefit the patients who trust us with their care.

What is the big deal about mastication?

From a mechanical standpoint, chewing represents the beginning of the digestion process. It is the time when food is reduced in size, while water in the saliva moistens the particles, and salivary mucins bind the food into a cohesive and slippery bolus that can be easily swallowed (Pedersen, Bardow, Jensen, & Nauntofte, 2002). Perhaps more important is the sensory experience of mastication which allows the savoring of food tastes and the experience of food texture (van der Bilt, Engelen, Pereira, van der Glas, & Abbink, 2006).  This may be the motivation for eating.

It is thought that all solids, regardless of bite size and texture, are managed in a stereotypical matter. That is to say, the tongue transports the food from the mouth to the post-canine teeth which is then processed by mastication cycles until the food is softened. Large particles are further broken down by the premolar teeth into small particles. All the while, saliva is being added to create a manageable bolus (Thexton, 1992; Van Der Bilt, 2011). This is modulated by a central pattern generator (CPG) located in the brainstem (Dellow & Lund, 1971; Morquette et al., 2012).  The output of the CPG is modified by inputs that descend from higher centers of the brain and by feedback from sensory receptors. Intraoral touch receptors, muscle spindles in the jaw-closing muscles, and specialized mechanoreceptors in the periodontal ligament have influence movement parameters (Lund, 1991). The main variables that explain differences in the pattern of human mastication are the subjects themselves, their age, the type of food being eaten, and time during a sequence of movements (Lund & Kolta, 2006).

The Role of the jaw

Efficient chewing requires intact muscle activity to cause the jaw to exert the forces necessary to cut or grind the food. The muscle force generated is determined by the texture of the food. More activity occurs with harder foods (Mioche, Bourdiol, Martin, & Noel, 1999).

Significantly higher maximum bite forces are reported for men (Shiga, Kobayashi, Katsuyama, Yokoyama, & Arakawa, 2012). Maximum bite force has been found to decrease with age. This may be due to sarcopenia or changes in food preferences related to dentition. Frailty also impacts bite force in the aged population (Hatch, Shinkai, Sakai, Rugh, & Paunovich, 2001). One study (Miura, 2001) found bite force was significantly diminished in frail, elderly individuals when compared with age match healthy individuals, regardless of dentition.

The good news is there is some evidence that aggressive isometric exercise may increase bite force. Maximum and submaximum voluntary bite forces were measured in young adults. Subjects performed isometric clenches against a soft maxillary splint for six 1-min sessions at 75% of their one repetition maximum every day over a 6-week period. After exercise, subjects increased their maximum bite forces by 37% (Thompson, Throckmorton, & Buschang, 2001).  An older study (Kiliarisdis, 1995) found having participants chew a special hard chewing gum one hour daily for 28 days significantly increased maximal bite force. Additionally, the force remained at “high levels” two weeks after stopping the intervention.

Bite force does not necessarily correlate to chewing cycles. People seem to have a preference for slow chewing versus fast chewing (Van Der Bilt, 2011). Large standard deviations in the number of chewing cycles have been reported. Perhaps the most compelling study examined the number of chewing cycles in 87 dentate subjects when given 9.1 cm3 of peanuts. The number of cycles ranged from 17 to 110 (Engelen, Fontijn-Tekamp, van der Bilt, 2005). Interesting that the urge to swallow seems to be triggered by size of the food particles and lubrication of the bolus (Lucas, 1986; Olthoff, 1984; van der Bilt, van der Glas, Olthoff, & Bosman, 1991). Food characteristics (hardness, volume, etc.)  also have a large influence on chewing cycles (van der Bilt et al., 2006)  This information would suggest statements such as “prolonged mastication” may lack validity.

Some oral proprioceptors seem to originate in the periodontal ligament and aid in the perception of food texture and particle size (Anderson, Hannam, & Mathews, 1970). There are neural connections between periodontal sensory nuclei and the muscles of mastication (Rissin, House, Manly, & Kapur, 1978). This provides a sensory advantage to dentate individuals.

Mechanically, denture wearers display longer chewing times and swallow larger particle sizes. Particle size reduction at time of swallowing is significantly poorer for denture wearers than for their aged dentate counterparts, despite an increase in chewing strokes (Mishellany-Dutour, Renaud, Peyron, Rimek, & Woda, 2008). With this in mind, when evaluating patients with dentures such changes should be anticipated.

Denture adhesive seems to improve mastication abilities (Fujimori, Hirano, & Hayakawa, 2002). Although there are exceptions, edentulous individuals tend to avoid foods that are difficult to chew possibly leading to nutritional compromise (Sheiham, 2000). In addition, wearing dentures has been associated with decreased quality of life (Koshino et al., 2006).

Then there is the tongue

The role of the tongue has been studied for many years. Abd-El-Malek (1955) described the sequence as follows:

Since 1955, the literature has included the role of the tongue pressure against the hard palate and the coordination with jaw movement. In summary, the tongue plays a series of important roles in mastication by moving in coordination with the jaw and controlling pressure against the hard palate, while moving the food to the teeth (Hori, Ono, & Nokubi, 2006).

Interestingly, a recent systematic review of lingual exercises (Smaoui, 2019) found nothing in the literature to support the idea that lingual resistance training reduces oral residue. Currently only anecdotal evidence exists. Keeping good clinical data may help tease out this question.

Adequate saliva is essential for efficient mastication. The water in saliva moistens the food particles, whereas the salivary mucins bind masticated food into a coherent and slippery bolus that can be easily swallowed (Pedersen et al., 2002). The role of saliva for chewing and swallowing has been demonstrated by the finding that the number of chewing cycles needed before swallowing significantly increases after experimentally induced oral dryness (Liedberg & Owall, 1991).  Liedberg et al. (1991) also found that decreased saliva negatively influenced bolus cohesion and bolus propulsion. Additionally, age-related decreases in bite force and salivary flow rates show that, regardless of age or gender, bite force is correlated with salivary flow (Yeh et al., 2011). Xerostomia affects the ability to chew and start a swallow. This leads to avoidance of certain foods, which raises the possibility that it could contribute to undernutrition in older persons (Loesche et al., 1995). Understanding this fact, it is important to review medications which are known to cause xerostomia.

It is important to understand that the airway remains open during mastication and respiratory rhythm changes. Respiratory frequency increases and total airway resistance increases  (Matsuo, Hiiemae, Gonzalez-Fernandez, & Palmer, 2008). Nasal rather than mouth breathing should be occurring during chewing (Matsuo et al., 2008). Additionally, it is normal for the bolus to arrogate in the vallecular space (Palmer, 1998). This should not be considered “premature spillage.”

So, what do we know?

Mastication is much too complex to assess by watching someone eat as there are many components. At this point, imaging alone may not be sufficient to make a complete assessment of masticatory abilities.  Testing of bite force, saliva flow, lingual agility, dentition, and oral pressures as well as sensation of oral structures will provide needed information. Further assessment of particle size may be important. There is a validated test of mastication, The Test of Masticating and Swallowing Solids (TOMASS). The TOMASS provides age and gender information related to masticatory cycles per cracker, swallows per cracker, total time in seconds, masticatory cycles per bite, swallows per bite, time per bite, time per masticatory cycle, and time per swallow (Huckabee et al., 2017).  Although this test has some limitations, it is a good place to begin.

Sheiham, A., Steele, J. (2000). Does the condtion nof the mouth and teeth affect the ability to eat certain foods, nutrient and dietary intake and nutrional status amongst older people? Public Health Nutrition, 4(3), 797-798.

When Dementia and Dysphagia Co-Occur: The Role of the SLP